Inclusion body disease (IBD) is a worldwide disease of Boidae and is named for the characteristic intracytoplasmic inclusions seen in the cells of affected snakes. The causative agent of has not been identified although a Retroviridae-like virus has been incriminated. 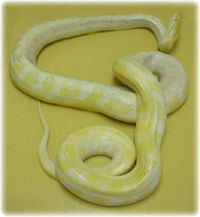