Growth Hormone, also known as Somatotropin is a hormone produced by the Somatotropes of the anterior pituitary gland.

Ghrelin, from the stomach stimulates the pituitary gland to secrete further GH. 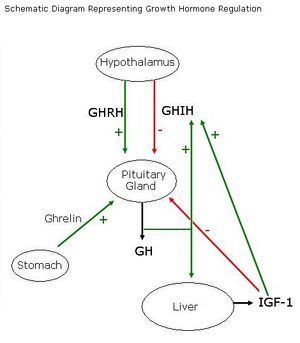 For information on these diseases, see Pituitary Pathology.