Terminal sire breeds are large, meaty sheep that are typically used to crossbreed with ‘mule’ ewes to produce finished lambs for meat. The lambs from these breeds are renowned for their rapid growth rates, carcass conformation and killing out percentage. 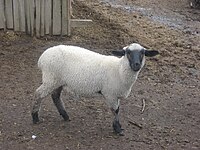 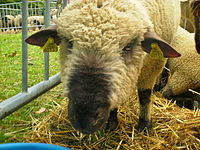