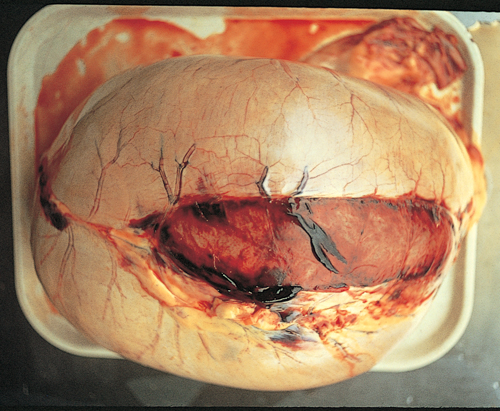 This stomach lesion in the image was found in a four-year-old horse which was killed because of an orthopaedic problem. It shows a classic rupture of the stomach wall along the greater curvature. The haemorrhage along the rupture line can help to distinguish this ante-mortem rupture from the equally common post-mortem rupture. This seromuscular rupture had occurred without an associated rupture of the mucosa.