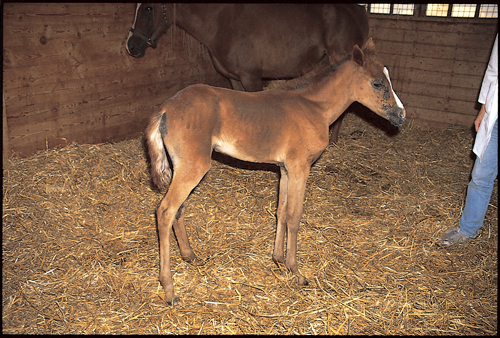 A nine-week-old Arabian foal is presented with a history of recurrent respiratory infections characterized by nasal discharge, cough, dyspnoea and pyrexia. The foal was normal at birth, but suffered its first bout of respiratory disease at six weeks of age. Over the previous week it had also developed widespread scaling and alopecic skin lesions, from which Dermatophilus congolensis had been cultured. The foal has also had intermittent diarrhoea. Haematological evaluation revealed a severe lymphopenia (lymphocyte count 0.2x109/l).