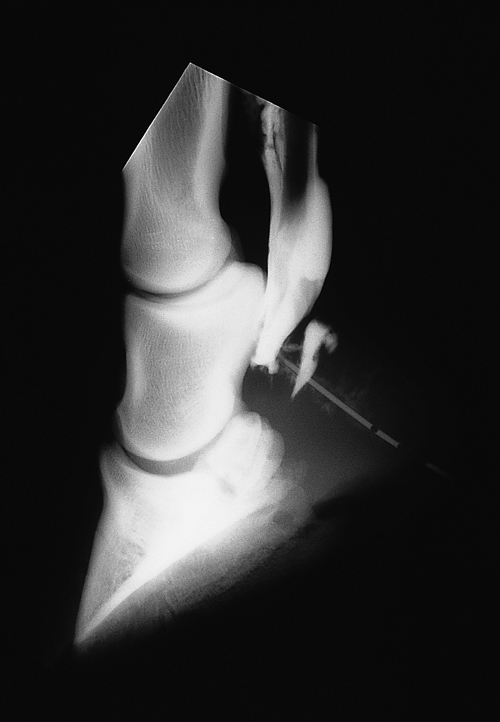 A five-year old half-bred gelding presented with a severe lameness on the right forelimb. Eight hours previously a nail had been removed from the palmar aspect of the foot, but it was assumed that this puncture was well away from any vital structures. Initially, the horse was not lame, but with time it had steadily deteriorated.