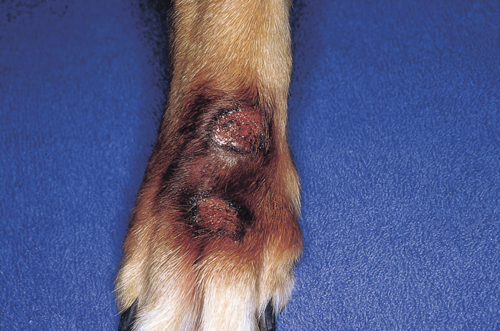 A 2-year-old dog was presented for evaluation of a mass on its forepaw. The lesion was raised, erythematous, moist, and firm to the touch. Closer examination revealed an erosive, circular lesion with a raised border; the lesion was slightly crater-like. A second healed lesion just distal to the first was also found, and extensive salivary staining was present on the paw. The owners reported the lesion had developed over the last several weeks, and this was the first occurrence of the lesion.