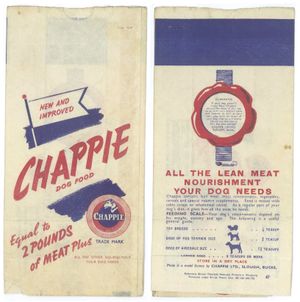 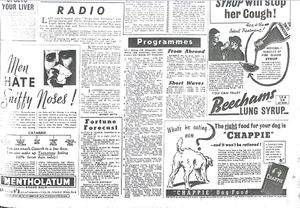 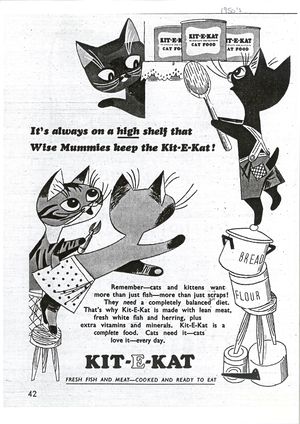 Prepared pet foods are available today in most countries around the world. We take it for granted how easily pet foods suitable for cats and dogs are so widely available in many places including specialty pet shops, veterinary practices or clinics, grocery stores, wholesale stores, and on-line retailers. Pet foods today are considered to be important within the fast moving consumer goods category. They are typically manufactured in countries where there is an economically attractive demand, and factories are usually located where there is an availability of suitable ingredients including meats, fish and cereals.

The nutritional needs of dogs have been recognised for over 2000 years, yet, by comparison, the history of pet food manufacturing is relatively short. The earliest reports of purpose made “dog biscuits” stem from the mid 1800’s, originating in the UK and USA. Since this time the industry has grown into a hugely diverse category with many forms of products available to meet the needs of different life stages and life styles. Today pet foods can also play an important role in providing nutritional support during disease management and recovery.

More than 2,000 years ago, the Roman poet and philosopher Marcus Terentius Varro wrote the first farming manual advising that farm dogs should be fed barley bread soaked in milk, and bones from dead sheep[1]. During the Middle Ages, it was common for European royalty to have kennels for their hounds. Kennel cooks would make huge stews typically containing grains and vegetables with some meat and leftovers such as heart, liver, and lungs of various livestock. In contrast dogs in common households had meagre diets being fed only what their owners could spare; a typical dog's diet at the time consisted of crusts of bread, bare bones, potatoes, cabbage, or whatever else they could scavenge from their environment.

Through the 19th century there is evidence of growing interest in understanding how best to feed dogs. For example, in 1861, The Complete Farrier [2] gave extensive advice on feeding dogs, stating:

"The dog is neither wholly carnivorous nor wholly herbivorous, but of a mixed kind, and can receive nourishment from either flesh or vegetables. A mixture of both is therefore his proper food,[11] but of the former he requires a greater portion, and this portion should be always determined by his bodily exertions."

That said, it was not until the mid-1800s, during the Industrial Revolution, that commercial foods developed specifically for dogs were first documented. According to reports, a chance happening on an English quayside around 1860 changed the way dogs (and subsequently cats) would be fed across the world forever. James Spratt is credited as the founder of pet food as we know it today. Originating from Cincinnati, Ohio, Spratt travelled to England with the aim of selling lightning conductors to the British. On arrival at Liverpool docks Spratt observed dogs around the port scavenging for discarded ship biscuits. In that moment Spratt saw the opportunity for biscuits designed for dogs and started to manufacture and sell dog biscuits made from vegetables, beef blood, wheat and beetroot. Following success of this product in England Spratt returned home and in the 1870s introduced his product to wealthy American dog owners.

The invention of canned pet food arrived later, in the early 20th century. In 1922 the Chappel Brothers of Rockford, Illinois, introduced Ken-L-Ration, the first canned dog food, in the United States. The Chappel brothers subsequently established a canning facility in England that was purchased by Forrest Mars in 1934 and Chappel brothers became Chappie Limited. Canned dog food manufacturing continued in the UK through World War II and canned cat food was introduced in 1950.

During World War II, when metal was rationed in the US (and pet food was classified as "non-essential"), canned pet food wasn't available and the production shifted to dry foods. By 1946, dry food represented around 90% of the US pet food market. This led to the next big innovation in the 1950s, by Ralston Purina, with the use of the extrusion process for cat and dog food manufacturing. For the first time ingredients were combined, cooked and pushed through a mechanical extruder, which expanded the food. This made a larger, lighter and more convenient food much the same as we know today.

Through the 1960’s and ‘70’s, many companies around the world adopted canning and extrusion technologies to produce pet foods to meet the increased demand for nutrition and convenience. This growth continues today, with new forms of packaging and products formulated to meet specific dietary or lifestage requirements of dogs and cats.

The growing petpopulation, alongside the development of the automobile industry and subsequent decline in reliance on the horse, led to evolution of the veterinary profession. The first veterinary school in the world was founded in Lyon, France by Claude Bourgelat in 1761. By the time the first US Veterinary School was founded in 1895, self-styled experts were already giving advice on dog diets. Many said that dogs needed to be "civilized," and since wild dogs ate raw meat, domesticated dogs shouldn't, and that advice influenced the pet food industry for the next 100 years. Through the early 21st Century, the raw diet feeding trend has grown in popularity developing into a commercialized multi-million dollar segment within the billion dollar pet food industry. Today that industry includes a diverse range of treats, food toys, nutritional supplements, fresh and frozen raw diets, as well as canned and dry complete foods.