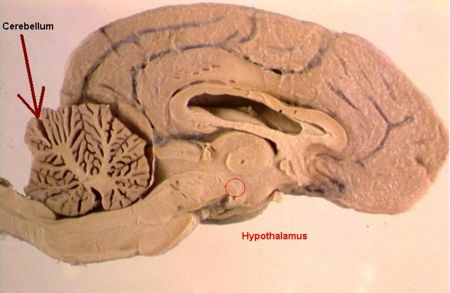 The hypothalamus controls most of the endocrine glands within the body, largely through stimulation of the Pituitary Gland by secretion of neurohormones. It is a vital regulator of homeostasis, including Thermoregulation.

Indirect Inputs from bloodstream include information about:

The Hypothalamus works along with the Pituitary and it's target glands by negative feedback. 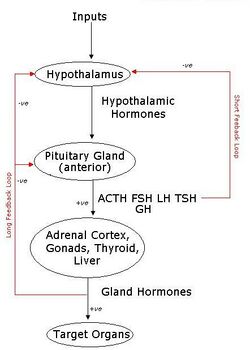 Hypothalamus Differences in the Male and Female