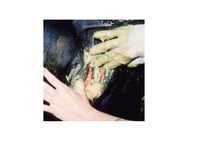 Endometritis is an infection of the uterine endometrium.

Endometritis is a common cause of poor fertility in the mare. It occurs following uterine contamination during covering, artificial insemination, reproductive examination, parturition and as a result of poor conformation.

Three major pathogens cause venereal endometritis in the mare:

The mare may present with vaginal discharge (ranging from scant to copious) in an acute infection. However she may also present in a carrier state, in which case there may be no outward clinical signs. Stallions are usually sub-clinical carriers of disease. All three bacteria prevent conception.

Equine Viral Arteritis (EAV) and Equine Herpes Virus 3 (EHV-3) are also classified as venereal infections however they do not cause endometritis or prevent conception.

Detailed guidelines on the diagnosis, treatment and prevention of all these infections can be found in the of Practice which are followed by Thoroughbred breeders in the UK.

This occurs following infection during covering, reproductive examination or foaling. The mare will normally present with a history of infertility or early embryonic death and short cycles. There may also be evidence of vaginal discharge. Infection may be caused by:

This is more common in older and multiparous mares. They present with a history of short cycling and often an vaginal discharge approximately two weeks post-cover.

A transient inflammatory response is normal in the mare post-cover, however a normal immunological response is mounted and the infection cleared before the embryo exits the fallopian tube. In the cases of persistent post-mating endometritis the inflammation persists longer than 72-96 hours so that when the embryo enters the uterus the environment is still unsuitable for embryonic development, resulting in early embryonic death.

Normally an underlying conformational condition such as pneumovagina predisposes the mare to chronic infectious endometritis. Definitive diagnosis is again by biopsy which should show infiltration of the endometrium with lymphocytes and plasma cells. Infection may be:

Prognosis is guarded due to the chronic nature of the infection and the anatomical faults predisposing to infection. Surgical correction of the conformational abnormalities may be attempted using Caslicks procedure.

A combination of multiple therapies should be used to collectively resolve the inflammation within the uterus and treat existing infections:

(1) Uterine lavage with copious amounts of fluid. This is beneficial because it:

2-3 litres of saline or lactated ringers solution should be administered using a uterine flushing catheter and then drained back into the bag and inspected. Dilute Povidone iodine can also be used as a cheap alternative.

(2) Antibiotics (intrauterine or systemic). Antibiotic type should be guided by culture and sensitivity and activity of the drug in the uterus where possible. The length of the treatment should be proportional to the severity of infection.

(4) Hormonal therapy- Oestradiol Benzoate and PG can be used to aid the clearance of infection. They are more effective during oestrus.

In the cases of venereal infections additional treatment may be required:

(2) Plan a single insemination using a stallion with high fertility rates approximately 1-2 days prior to ovulation. Semen extender may be delivered intra-uterine before cover.

(3) Ultrasound the uterus in the first 12 hours post-cover. The character and volume of fluid present should be assessed.

Treatments should not be repeated if possible as this may introduce infection.

The prognosis of this condition vary according to the type, severity and chronicity of the infection and the age of the mare.